8 months ago, when Tiina Jauhiainen and Herve Jaubert landed in the UK after being kidnapped alongside Princess Latifa one of their first visits was to the iconic BBC Broadcasting House. Along with David Haigh and Radha Stirling the team met with an award-winning BBC documentary team.

In her YouTube video message Princess Latifa was very clear, that in the event she was taken, her message and her video should be shown to the world. 8 months and countless hours of hard work later one of Princess Latifa’s dreams will come true, and we hope that in publishing her bravery and her plight that the other of her dreams, her freedom will follow soon, it can with your help.

At 9pm on the 6th December 2018, hours after her 33rd Birthday and the 9-month anniversary of her kidnapping by the UAE and India the BBC will screen a ground-breaking documentary on brave Latifa: Escape From Dubai – The Missing Dubai Princess. 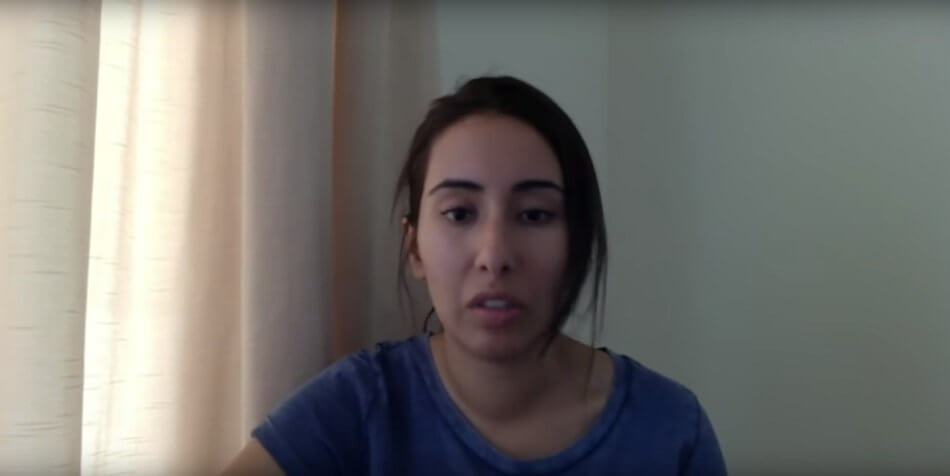 The BBC documentary tells the world the story the rulers of the UAE and Princess Latifa’s father tried to stop being told. It includes never seen  footage of Latifa talking about the horrors of life as a woman in the UAE ruling family, the real Dubai. It not only tells the story of Dubai’s missing princess and the reasons behind her decision to flee Dubai earlier this year, but it also shows a different image of Dubai behind the glitzy façade of 5star hotels, sunshine and luxury lifestyle.

Latifa’s life was far from a fairy-tale that people would expect the life of a princess and the daughter of one of the richest, most powerful men in the world to be.  Her life was full of abuse, violence, terror and horror. This programme reveals the cruel, inhumane treatment Latifa was subject to as a teenager as she was tortured and held in solitary confinement for years by her father’s orders.

Earlier this year Latifa decided to take control over her life and ignoring all the risks involved in her escape plan she started a  journey of bravery with only one goal; to be free. She inspired many by her kindness, bravery and compassion and many people gave up everything to help her achieve this dream. Latifa inspired people with love and courage, whilst her fathers-controlled people with hatred and fear. The contrast could not be clearer. Her dream ended when Latifa’s yacht was attacked by her father’s forces.

This programme is as shocking as it is sad. 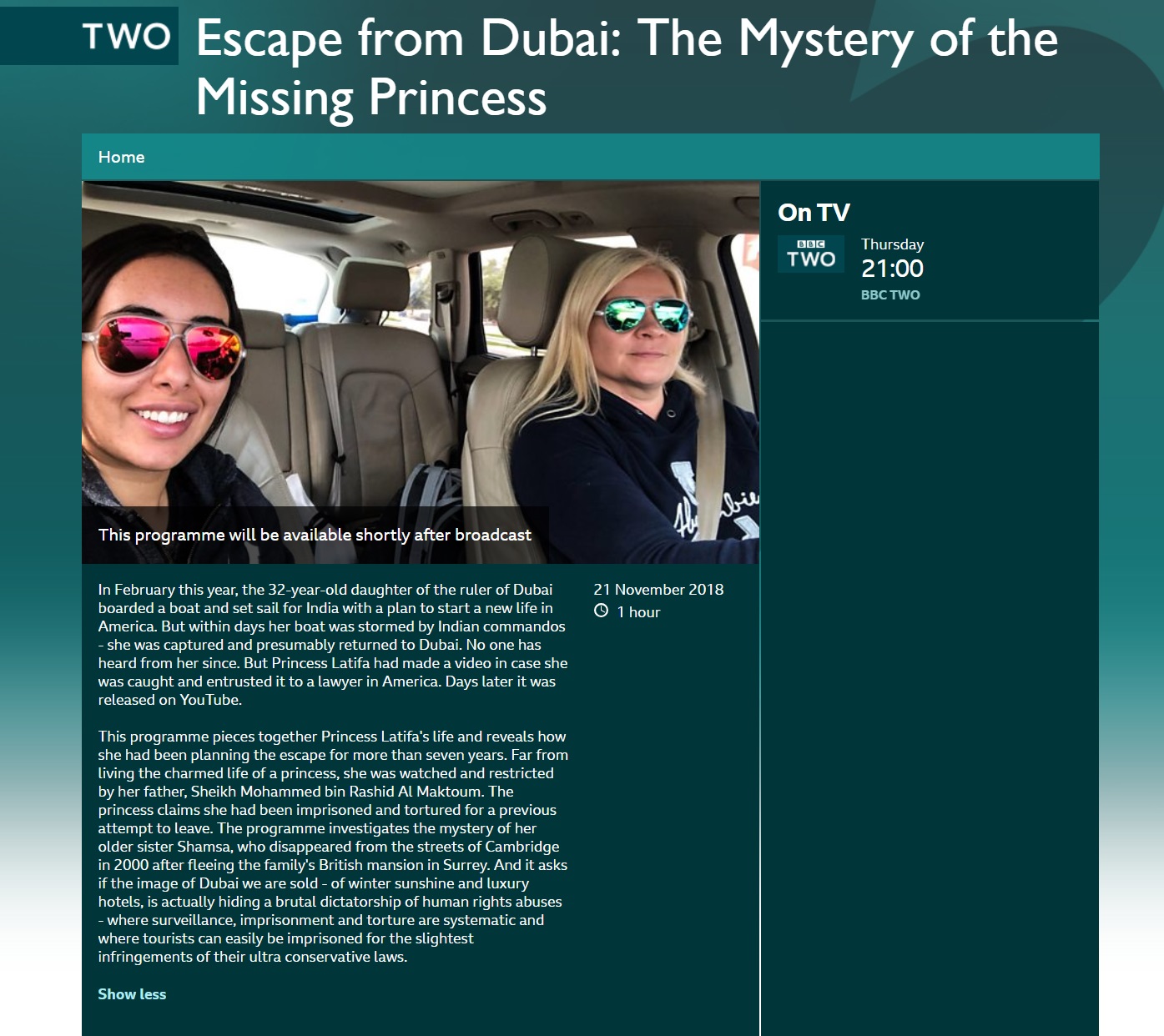